A shocking 60%-70% of family fortunes dissipate by the second generation, with a dismal 90% gone by the third. Beyond the obvious financial implications, other legacies—like family businesses and philanthropic, charitable priorities—are also at risk.

How can this happen and, more importantly, what can you do about it?

The main culprits are lack of planning on behalf of benefactors and lack of preparation for their heirs. Family dynamics can get awkward when it comes to discussing and distributing wealth, causing many to simply avoid these conversations. Learn more about the importance of a proactive and purpose-driven wealth stewardship strategy.

You may have heard the expression, “Shirtsleeves to shirtsleeves in three generations.” This is said to have originated from the more colorful British variation: “There’s nobbut three generations atween a clog and clog.” The Italian variation sounds a bit more lyrical: “Dalle stalle alle stelle alle stalle,” which roughly translates to “From barn stalls to stars to barn stalls.” In China and Spain, the translations are not quite as euphemistic, respectively: “Wealth never survives three generations” and “The one who doesn’t have it, does it, and the one who has it, misuses it.” 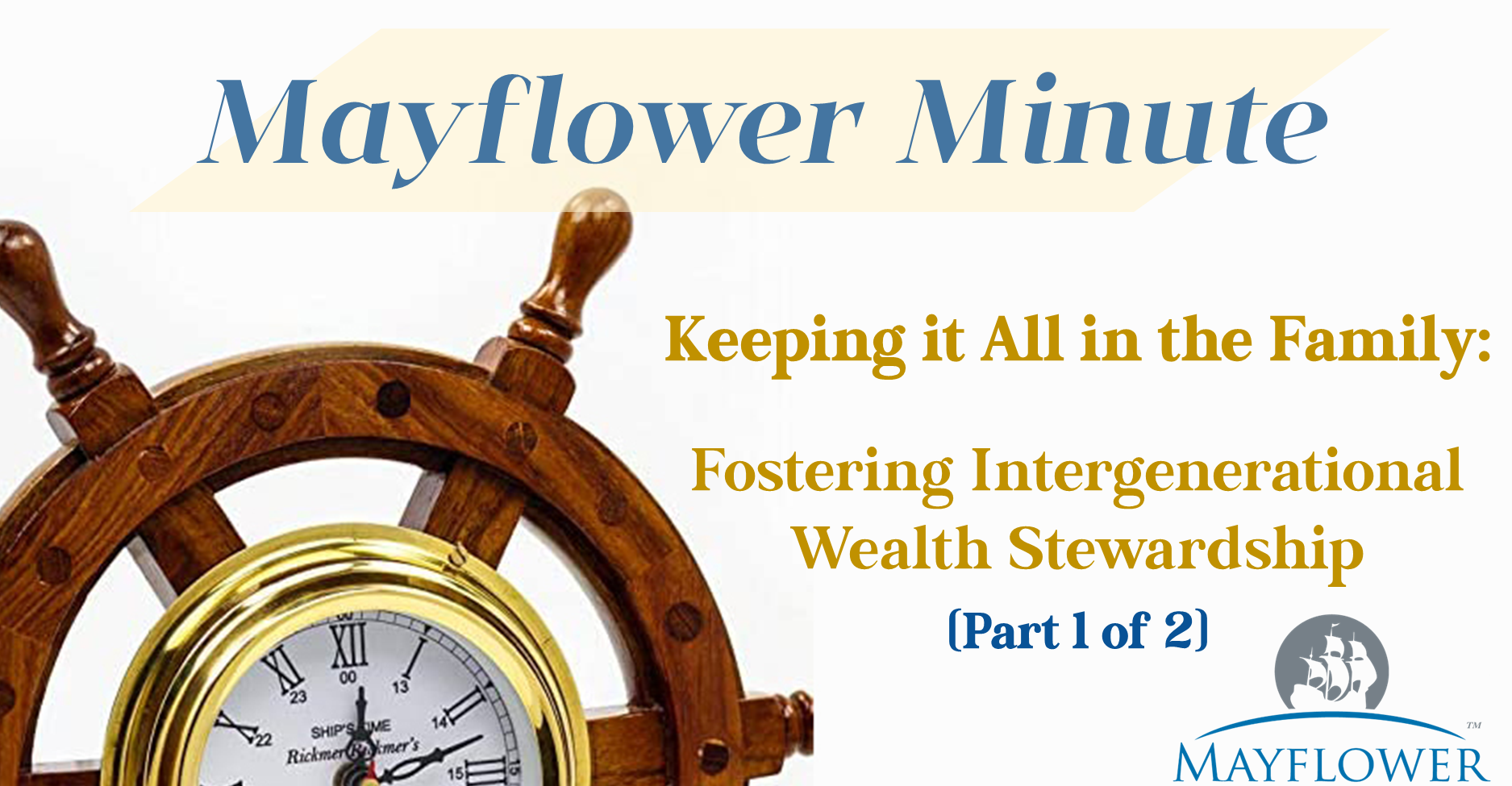 There’s a reason that there are so many versions of this universally applicably adage: No matter which language you express it in, the sentiment is clear: Wealth will likely be lost just three branches down the family tree. Shockingly, it’s estimated that somewhere between 60% to 70% of family fortunes dissipate by the second generation with a dismal 90% gone by the third.

These numbers should be an eye-opening wakeup call for those who aspire to leave a lasting, purposeful legacy for multiple generations to come.

We are currently at the start of what financial planning experts are calling “The Great Wealth Transfer;” in this U.S. High-Net-Worth and Ultra-High-Net-Worth Markets report, Cerulli Associates estimated that $68 trillion is transferring over the next 20-plus years to heirs and charities, an amount significantly higher than the $30 trillion previously estimated.

So, if you read the writing on the wall and do a little math, there’s a huge amount of wealth at stake in this country—and, ideally, within your own family. Beyond just the financial implications, so many family legacies, including businesses and philanthropic, charitable priorities, are at risk. The fortunes, both small and large, that so many have worked so hard to build could simply vanish as they trickle down through subsequent generations.

How can this happen?

The main culprits are lack of planning on behalf of benefactors and lack of preparation for their heirs. Family dynamics can get awkward when it comes to discussing and distributing wealth, causing many to simply avoid these conversations. Let’s take a look at what may be on the line when it comes to a thoughtful wealth transfer strategy.

Rags to Riches to Rags: The Vanderbilts

A well-known example of a squandered fortune is the Vanderbilt family. Cornelius Vanderbilt, the patriarch of the illustrious family, born to farmers on Staten Island, NY, built a fortune on railroads and shipping during the 1800s. The story goes that when he was 16, in 1810, Cornelius borrowed $100 from his mother, which then grew to a fortune of around $100 million, which is estimated to be worth over $200 billion today.

His heirs included 12 children and 11 grandchildren, who lived lavish lifestyles in New York City, Newport and beyond. Within just 50 years of Cornelius’ death, the Vanderbilt family fortune was completely gone. By the 1970s, the family held a reunion with 120 members attending. There wasn’t a millionaire among them, according to The Wealthy 100.

This was one of the wealthiest individuals in the history of the United States. Yet the bulk of his wealth had vanished in the blink of a generation. This high-profile example illustrates an all-too-common scenario. Let’s dig deeper into why and how this fate befalls so many families.

Contributing Factors to the Decline of Family Fortunes

Research suggests that the staggering statistics of the loss of family fortunes can mainly be attributed to internal family issues, including the fact that heirs simply aren’t equipped to manage the money they inherit. Other factors may include discordant family dynamics and/or dilution of the family fortune as it’s divided up amongst multiple heirs, which compounds with each successive generation.

It’s estimated that 60% of family fortunes are lost due to internal family issues—lack of communication, heir guidance and trust—while only 3% are attributed to poor wealth planning, according to “Preparing Heirs: Five Steps to a Successful Transition of Family Wealth and Values.”

Interestingly, or maybe even more shocking, is that there is a common misconception among affluent families as to what they believe are the causes of “dynastic demise,” as reported by BNY Mellon Pershing’s “The Parent Trap: Avoiding Common Multigenerational Wealth Planning Pitfalls”: “Nearly 80 percent believed investment strategies, financial constraints or the macro economy would be the likely culprit. Only seven percent correctly guessed interpersonal family dynamics.”

The disconnect between perceived risk to family fortunes and what is more often the actual cause of their demise indicates that future generations could be at serious risk as we move through this Great Wealth Transfer.

Our next Mayflower Minute: Part 2 of “Keeping it All in the Family” continues this important conversation on challenges we face when it comes to wealth and estate planning, noting five steps you can take to help preserve your hard-earned legacy for generations to come.

This content is informational in nature and not intended as individualized financial, legal or tax advice. Wealth management and financial planning decisions are complex and fluid and should be structured around each client’s unique situation and needs. Parties should carefully consider all related benefits, risks and costs and speak to their trusted advisors before making any significant decisions.